Objective: To be able to describe the functioning of the atmospheric system in terms of the energy balance between solar and long wave radiation. Starter: Watch the YouTube video to the right. IB Essay Killer Opening Statement (copy and complete) The atmosphere is an system, receiving radiation from both the sun and the. The energy of the earth is very but it does have an. An atmosphere is the layers of gases surrounding a planet or other celestial body. Earth’s atmosphere is composed of about 78% nitrogen, 21% oxygen, and one percent other gases. These gases are found in layers (troposphere, stratosphere, mesosphere, thermosphere, and exosphere) defined by unique features such as temperature and pressure.

Air temperature of a particular place denotes the degree of hotness or coldness of air at a given place. It is measured in Celsius. Let us understand how the earth is heated. The surface of the earth is heated by the sun’s rays in the form of short wave radiation. The heat received by the earth is called ‘Solar Radiation’ or ‘Insolation’. Heating of atmosphere is an indirect process. The processes are:

The heat energy from the earth’s surface is transferred to the lower atmosphere which is directly in contact with the surface by the process of conduction.

The movement of air molecules in vertical and horizontal direction is called as ‘convection and advection’ respectively. This movement carries heat energy to the various parts of the earth and at different altitudes.

The heat energy reflected, absorbed and radiated back into the space equals the energy received by the earth. Incoming radiation and the outgoing radiation pass through the atmosphere. The earth maintains its optimum temperature.

When 100% solar radiation reaches the earth’s atmosphere, 35% is reflected back to space by clouds, water bodies and ice covered areas. This heat does not heat either the earth or atmosphere.

In total, 17% are radiated to space directly and 48% are absorbed by the atmosphere ( 14% from insolation and 34% from terrestrial radiation) are radiated back to space gradually. Therefore, 65% heat received from the sun is balanced by the 65% radiated by the earth.

A) Horizontal Distribution of Temperature

b.Distribution of land and water: Landis heated and cooled at a faster rate due the conduction process whereas water is heated and cooled at slower rate due to convection process. Water takes 2.5 times of heat energy to heat a unit area compared to land. Thus, the land will have higher temperature than the water in summer and vice versa during the winter. So more land mass in northern hemisphere (15.28C) leads to higher average temperature than the southern hemisphere (13.38C).

f.Nature of the surface: The reflectionfrom surface varies based on the nature of land cover. The more reflection from the snow surface leads to low temperature accumulation. But the dense forest, which reflects less heat energy and absorbs more heat energy, leads to higher temperature.

g.Mountain barriers: If a wind or airmass blows towards the mountain, it influences the distribution of temperature on either side of the mountain.

We all know that the temperature decreases with increasing altitude from the surface of the earth. The vertical decrease in temperature of troposphere is called as ‘Normal Lapse Rate’ or ‘vertical temperature (Figure 6.7) gradient’ at which the temperature reduces at the rate of 6.5 8C per 1000 meter of ascent. This is influenced by the following factors:

a. Amount of terrestrial radiation reaching the altitude and

b. Density of air to absorb the heat energy at higher altitude.

As both the above said factors decrease with altitude, the temperature also decreases (Figure 6.5).

The condition at which the temperature increases with altitude is called as ‘inversion of temperature’. In this condition, warm air lies over cold air.Theme park world free download.

The conditions for inversion of temperature are:

a. Long winter nights: The bottom layer of the atmosphere in contact with the ground is cooled and the upper layer remains relatively warm.

b. Cloudless sky: The higher amount of terrestrial radiation reaches the higher altitude which leads to lower temperature at low level due to clear sky.

c. Dry air near the surface: the dry air absorbs less terrestrial radiation and allows them to escape into space.

d. Snow covered ground: During night, due to terrestrial radiation and higher albedo, most of the heat is lost to the atmosphere and the surface is cooled.

e. Formation of fronts: the movement of warm air over the cold air during the formation of the various fronts leads to inversion condition.

f. Mountain wind: The subsidence of cold mountain wind at the early morning leads to the displacement of warm air from the valley to higher altitude. This type of inversion is called as ‘valley inversion’.

Heat Zones of the World

The earth has been divided into three heat zones according the amount of insolation received. These are the Torrid Zone, the Temperate zone and the Frigid Zone.

The zone lying between the Tropic of cancer and Tropic of Capricorn is called ‘Torrid zone’ (Figure 6.8). The sun’s rays are vertical throughout the year and it receives maximum insolation. Thus, this is the hottest zone.

The region between North pole and Arctic Circle in the northern hemisphere and South pole and Antarctic Circle in the southern hemisphere is called ‘Polar Zone’. This region always receives more oblique rays of the sun and so the temperature is very low. It is the coldest zone. This region experiences 24 hours of day and night during peak summer and winter respectively.

From the above discussion, it is clear that the energy for the earth is from the sun.

Global warming is observed in a century scale. The temperature increase over theyearshas been due to the green house gas concentration such as carbon dioxide (CO2), water vapour, methane and ozone. Greenhouse gases are those gases that contribute to the greenhouse effect. The largest contributing source of greenhouse gas is the burning of fossil fuels leading to the emission of carbon dioxide from industries, automobiles and domestic.

An urban heat island is an urban area or metropolitan area that is significantly warmer than its surrounding rural area due to high concentration of high rise concrete buildings, metal roads, sparse vegetation cover and less exposure of soil. These factors cause urban regions to become warmer than their rural surroundings, forming an “island” of higher temperatures (Figure. 6.9).

Ways to reduce the impact of urban heat island:

a.Increase shade around your home: Planting trees and other vegetation, provides shade and cooling effect through evapotranspiration and it lowers the surface and air temperature. 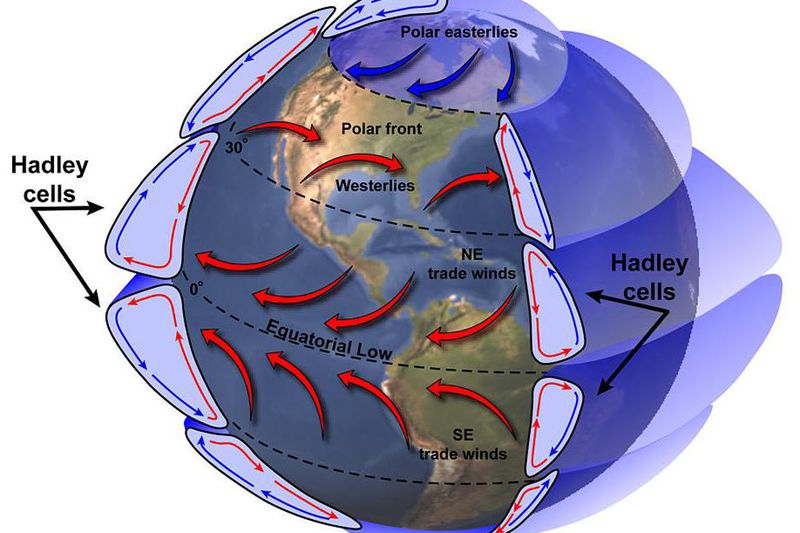 d.Shift all industries away from the urban area.