On this page, we introduce the translation of 'Japan in the Edo Period - An Ecologically-Conscious Society',('O-edo ecology jijo,' published in 2000, Kodansha Publishing Company) by Eisuke Ishikawa.

Steps: Complete the questions to help guide ideas - These questions will help you to explain who the people of the Renaissance and middle ages are and what needs they have in order to help create an environment that meets the needs of the modern day renaissance person while helping to nurture a progressive thinking of the people from the middle ages. The #1 Jeopardy-style classroom review game now supports remote learning online. It’s Free, Easy and Loads of fun! Create engaging Jeopardy-style quiz games in minutes or choose from millions of existing Jeopardy game templates. Try Remote Buzzer-Mode for even more fun!

We received much feedback from our readers on articles 'Japan's Sustainable Society in the Edo Period (1603-1867)' in our March and April 2003 newsletters which drew upon Mr. Ishikawa's research.

The requests for more information on the sustainable society in the Edo period were overwhelming, which prompted us to contact the author for his permission to translate the book for this website. The group of JFS volunteers including native speakers together worked on the translation originally done by Mr. Oki.

Eisuke Ishikawa is a writer who specializes in the environmental and ecological issues in the Edo period (1603-1867). He is also a lecturer at Musashino Art University. His recent books introduce wisdom of sustainable living in the Edo period from the angles of technology, energy, resource management, and recycling systems of the period. 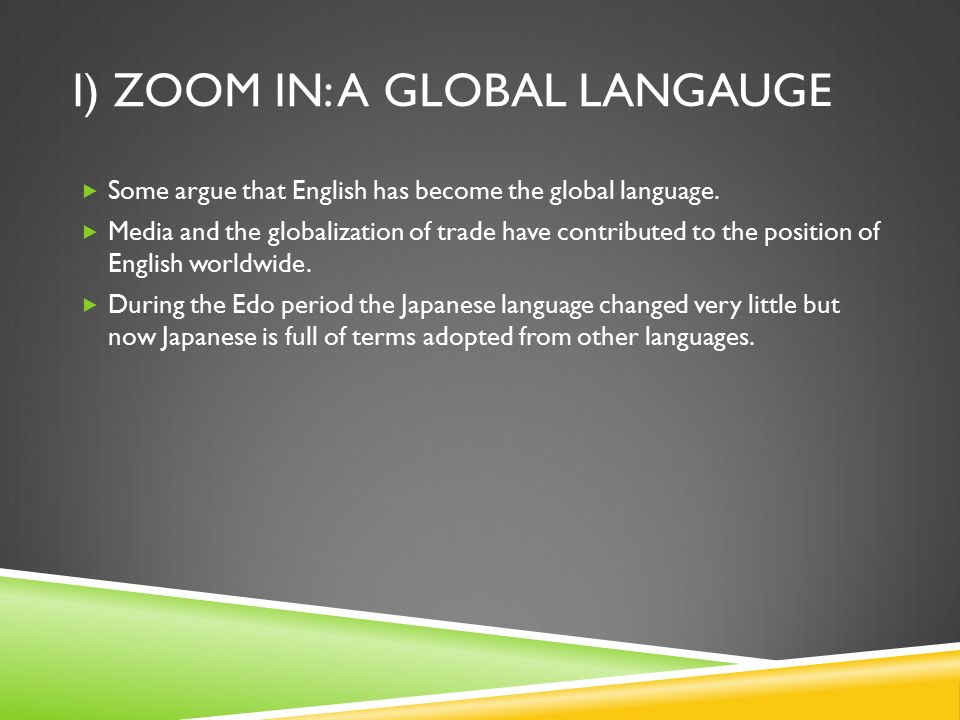 What can we do about our current ecologic situation? Unfortunately, the only fact of which we can be sure, is that there is no one definite solution to our environmental problems. Current trends cannot be changed abruptly because the modern society has grown too complex and widespread.

Although there is no magic bullet, there is one thing that can be done by anyone who so desires to make a change. That is, for one to clearly acknowledge the total impropriety of our convenient lifestyles that are heavily dependent upon fossil fuels.

This recognition is the first step. While the influence of one individual may be infinitely slight, there can be no revolution at all without the sincere desire and belief of each person.

For even a throwaway society such as ours that subsists on an excess of energy did not arise as a development of nature, but is a result of our belief that the progressive growth of a highly industrialized society is more advanced than remaining on the steady path of tradition. By the same token, I can guarantee that a transformation in the outlook of a large majority of us, as the people of Japan, will bring about a change in the society at large.

For this to happen, we need to first agree that the proper way for all living things on earth is to live within the benefits of what can be acquired through solar energy - both direct supply and that stored over a few years - and then we must recognize that today's life of physical ease reliant on a great amount of fossil fuel is abnormal. In other words, the laborious and modest lifestyle in the Edo Period that necessitated the recycling of water (hinatamizu) or worn-out cotton robes (yukata) was a far more 'normal' for humankind and all living beings.

We cannot clearly understand the situation of humankind today if one insists that the course of modern civilization is correct but simply has been mismanaged. The truth is that this advanced industrial civilization reliant on the combustion of a large amount of fossil fuel is essentially anti-life and antihumanistic and is earth's most inadequate and crude system.

Japan was a country that produced close to zero waste in the Edo Period. Even in 1960, a mere 40 years ago, no one imagined that Japan would become a country where refuse disposal would reach its limit. There are records of an individual who predicted the entire nation would be in a state of incapacitation from an increase in garbage and waste, and warned against the high economic growth supported by a throwaway culture, yet the majority of Japanese remained rather indifferent to those warnings. Those leading an average life of that time would have never even considered that someday they would be leading lives of such wastefulness.

Had a majority of the Japanese people at that time been keenly aware that, despite all its merits, their throwaway consumption lifestyle was by nature wrong, the results would have been considerably different. What would have happened had the masses maintained the common sense of tradition, despite the worldwide current of a disposable economy so strongly enforced through burning exhortations of economists and politicians? Had people had been aware of this wastefulness and recognized that it would someday result in a crisis and thus maintained earnest faith in their own judgment, this country would have proceeded in a very different direction.

Many feel that Japan had changed significantly after the 1964 Tokyo Olympics, but as I recall, by 1960 the life of the Japanese was sufficiently affluent and was more comfortable than its prewar days in almost every respect with lavish supply of food. Moreover, natural land was plentiful with well-maintained forests and yet an abundance of farmland.

Looking back, that period was the exact crossroad where Japan would either become an environmentally conscious country or an environmental wasteland. Had more than half the Japanese in 1960 felt that their economic wealth was sufficient, Japan would not have become the world's second economic power alongside America and the EU. Yet had the entire country refined its culture-based lifestyle and not increased its consumption of fossil fuels, it would have by now become a unique nation of environmental consciousness effortlessly living off its revenues in tourism, hailing curious visitors from all over the world.

In actuality, a large majority of the Japanese yearned for the nation to catch up with and surpass the United States and Western European nations in economic power and material wealth. Had someone asserted that we should be satisfied with our current economic state and we must progress on a path of environmental consciousness, they would have certainly been criticized and forcibly silenced from right and left and from all such powers in the political world, financial world and labor unions.

It is we who decide our fate in this society based on a macroscopic democracy. I should state it clearly so that it will not be misunderstood: I am not at all saying that we must return to the Edo Period. Not only is this not possible, but also I have no wish to return. 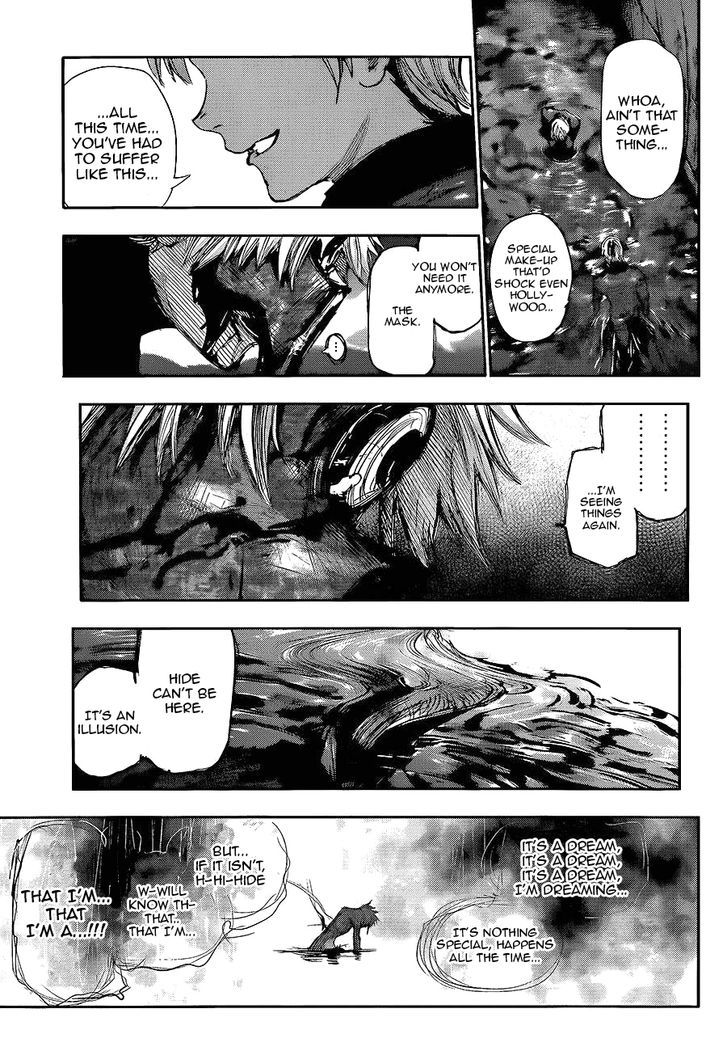 Rather, we should make an effort to skillfully put to use the knowledge of advanced natural science to construct a recycling-based world through more innovative methods. By following in the path of our ancestors, it is certain that we, as descendants, can learn much from this unprecedented case study of our heritage in the Edo Period of a livelihood dependent upon solar energy alone. This ecologically friendly lifestyle was not at all a fanciful projection full of assumptions, but the result of two-hundred-and-someten years of an experiment on a national scale.

Japan is now approaching a period of change greater than that of 1960. We, who are living at this moment, have the responsibility -- similar to or even greater than those before us who chose the direction of economic progress in exchange for a sustainable economy -- for our descendents of 10, 20 or 30 years hence. Our decisions of how we progress from now onward decide the fate of the 21st Century.

We are now placed in the position where we must consider the question, 'What must be done?' in order to achieve the ideal state of how we - as responsible individuals - want this country to be, instead of asking one another, 'What's going to happen next?' The future is in our hands.

Previous article Chapter 13 - Nothing Comes out of Nothing