Arsenal’s recent revival ground to a halt as Crystal Palace frustrated the Gunners in a scrappy 0-0 Premier League draw at the Emirates Stadium on Thursday. Mikel Arteta’s side had won their previous four matches in all competitions, but they were fortunate to extend their unbeaten run to five games. Palace were unable to convert. 1 day ago  Stuck on Buzz Lightyear Space Ranger Spin – January 13, 2021. We also spotted some more Disney kitchen towels that will have fans raving; they are $19.99 each. Finally, we revisited The Crystal Palace after our initial reopening review to see if anything has improved.

The Gunners had won their past four matches in the league and cup to arrest an alarming slump, but their performances have still not been quite as convincing as results would suggest.

Mikel Arteta's men needed extra time to defeat Newcastle United last time out in the FA Cup and lacked any sort of imagination against Palace as the influential Kieran Tierney sat out with muscle tightness. 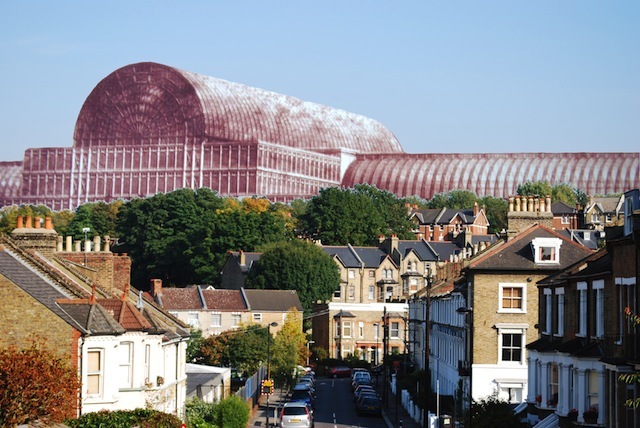 Indeed, Arsenal were ultimately fortunate to preserve a first home Premier League clean sheet since July 1 as they stayed 11th.

0 – Arsenal have kept their first home clean sheet in the @premierleague since July (12 games), whilst Crystal Palace have recorded their first on the road since June (13 games), with this the first goalless draw in the top-flight between the sides since Oct 1997. Predicted. pic.twitter.com/fUpcPK4kgJ

It quickly became clear the hosts would miss Tierney, their outstanding left-back, whose right-footed deputy Ainsley Maitland-Niles did not provide the same balance on that flank.

Home chances were therefore few and far between before the break and Palace instead twice came close to breaking the deadlock.

James Tomkins met Eberechi Eze's free-kick but nodded against the crossbar, then Bernd Leno was required to use the full length of his frame to reach Christian Benteke's header and claw clear.

There was marginal improvement after the break, yet visiting goalkeeper Vicente Guaita was largely untroubled, watching Rob Holding head wide as Palace extended their unbeaten run against Arsenal to five league matches.

What does it mean? No disguising Arsenal's issues

This was no better or worse than many of Arsenal's wins and losses this season.

They bossed 67.3 per cent of the possession, yet Palace were comfortable and the Gunners were unable to produce a moment of magic.

When Arsenal endured a long winless stretch, Arteta insisted they deserved more. It was not a universally held opinion and this stalemate, in which they had just five shots from inside the box, laid their failings bare again. 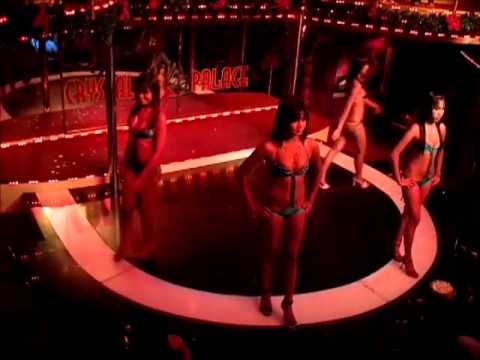 Tierney's excellence is no secret to Arsenal supporters, but he was the one Gunner to emerge from the first half with credit, his absence glaring on the left.

The Scotland defender, who has created more chances than any other Arsenal player in all competitions this season (28), was not efficiently replaced by Maitland-Niles.

Arteta eventually relented and moved the versatile Bukayo Saka to the left, yet he finished with only two key passes, not granted the same space without Tierney as a distraction.

Easy ride on the road

Palace had mustered just their second clean sheet of the season in their prior match against Sheffield United.

Not since June had Roy Hodgson's men kept opponents at bay in consecutive matches, yet they were never truly under threat here, with Guaita making four routine saves.

- Draws are becoming a familiar outcome when these teams meet. In their last five league games against Arsenal, Palace have won once and the other four have ended in stalemate.

- Palace have kept consecutive Premier League clean sheets for the first time since a run of four in a row between February and June last year.

- Arsenal have kept four consecutive clean sheets in all competitions for the first time since October 2016.

- Arsenal have failed to score in seven Premier League matches this season, as many as in the entirety of last season, last failing to score in more games in a season in 2015/16 (8).

- Benteke had more attempts on goal than any other player (6). The last five players to have six or more shots in a Premier League game at Emirates Stadium have all been visiting players: John McGinn (Sept 2019), Raul Jimenez (Nov 2019), Sadio Mane (July 2020), Danny Welbeck (July 2020) and Benteke in this game.

Arsenal have until Monday to prepare for Newcastle's second visit of the month, while Palace play a day earlier at Manchester City.

This email is on behalf of Shape Better Streets, a resident campaign for traffic reduction and active travel in the LTN area you will be discussing next week. We broadly support the proposals in the officer paper.

You have more than enough paper for the meeting, including our detailed submission, supported by 11 local and London organisations and businesses supporting active travel and better environments. So we are only making a few brief points by way of summary, cutting through the noise and misinformation which has, unfortunately, characterised much of the local debate.

The LTN area has been a victim of the trend, set out in the officer report, for minor roads to become overrun by traffic, most of it just passing through. In 2019, up to 12,000 vehicles a day were recorded on the northern part of Auckland Road, over three times the level recorded just six years previously in 2013, and more than on the nearby main road Central Hill. There can be no dispute about this level of traffic, it is recorded on a council monitoring device. In summer 2020, obviously an atypical year, residents recorded over 6,000 vehicles a day on Sylvan Hill. Auckland Road and other streets had turned into congested, polluted, relief roads for the local main road network, with appalling consequences for air quality, noise, and traffic safety. The impact on residents is obvious, but the area also includes the main walking routes for students at the Harris Crystal Palace and Cypress Schools. Traffic at these levels suppresses active travel, especially by children and older people: a number of us in the campaign would not have allowed children to walk or cycle on their own, or are middle-aged or older people who had stopped cycling because it felt too dangerous.

The measures put in place in the spring and summer have transformed the local environment and residents’ travel choices. Motor traffic, obviously, and by design, has reduced significantly, restoring local air quality and tranquillity. Please disregard false claims opponents are making that the LTN has not changed travel behaviour. Over 200 residents of the LTN reported, in response to the council consultation, that they were walking and cycling more than before the spring lockdown, despite commuting continuing to be below normal levels. 70 respondents said their children have been walking and cycling more. Among other things, children are now cycling, some of them on their own, to Cypress School, something which simply did not happen previously. A resident count in November, just three months after the completion of the LTN, showed a tripling of walking and cycling in Sylvan Hill compared with June. Taken with the adjacent LTNs around Holmesdale Road and Albert Road, it is now possible to cycle fair distances on largely quiet streets. This has enabled people in middle and later years to switch many journeys from driving to cycling. This trend will surely strengthen if the LTN remains in place: evidence from similar schemes elsewhere is that the full extent of behaviour change takes time.

Claims about adverse impacts are at best highly exaggerated

There clearly has been some diversion of traffic on to streets in the Bromley Crystal Palace ward. But, at worst, it was nowhere near the levels seen previously in the Croydon streets further south, and has reduced further following the removal of the obstruction in Church Road over the summer and early autumn. Hamlet Road, another Bromley street, has benefited from significant traffic reduction. If problems remain, Bromley Council could follow the guidance issued by the central government supported by its controlling group, and introduce its own measures to limit through traffic. Claims of damage to the economy of the Triangle are even less plausible. 14 new businesses have opened in the Triangle in the last 6 months – in the middle of a pandemic. 85% of local businesses did not respond to the consultation, suggesting that among the very severe challenges many of them no doubt face at the moment, the LTN is not a cause of concern.

Not only does the paper propose sensible changes, like moving the bus gate to improve access to the doctors’ surgery, it meets opponents’ original demands that residents should have better access through theLTN. In fact, many of our members are concerned that the proposals to allow local resident access by ANPR gates and through the bus gate may go too far towards accommodating short private vehicle use again. We are concerned this could lead to an increase in traffic, on Lancaster Road and Auckland Road particularly, which could start to suppress walking and cycling, especially by children and older people. Far from disregarding the views of opponents, as they are claiming, the council’s proposals potentially compromise the council’s environmental objectives to give them much of what they want.

Our view on the proposals

We broadly back the proposals, subject to the careful monitoring proposed during the experiment, but would urge the committee to support three suggestions.

First, the monitoring should pay close attention to traffic levels at key points inside the LTN. If motor traffic rises close to or beyond the 2,000 passenger vehicle units a day which is TfL’s yardstick for safe cycling routes without formal infrastructure, the concessions to local drivers should be reviewed.

Second, better availability of car club vehicles offers potential to encourage more residents to give up individual car ownership. This should encourage active travel further, since it will tend to limit car use to journeys for which there is no easy alternative. We would suggest officers look into creating more dedicated parking spaces for car club vehicles.

Third, the council has not been making enough of the way the very welcome measures it has taken across the borough are making cycling safer and more attractive, especially for people beyond the stereotypical cycling demographic. It should publicise much more strongly, for example, that it is now possible to cycle between Crystal Palace, South Norwood, Addiscombe, Selhurst and much of the way into Croydon along safe, quiet routes. Our campaign and the organisations which support us would be glad to work with the council on this.

Action on the local environment is needed beyond the LTN

We believe the LTN is an important positive initiative, but it is not enough by itself. More needs to be done to promote safe, active travel outside the LTN, especially in the town centres and other local main roads. In particular, we hope the council will work with the new cross-borough Member forum to improve the business environment in the Triangle, including by making the area safer and more pleasant for walking and cycling. Our campaign and the organisations with which we work stand ready to assist with such initiatives.

Thank you for your service to our community and all best wishes.