Death Knight Tier for All Of Yourneeds

Welcome to our World of Warcraft DPS Rankings updated for the current Battle for Azeroth Patch 8.3'Visions of N'zoth' and the latest Raid – Ny’alotha. We check this data every day and make sure thatitis accurate and up to date. The classes and specs here are ranked by their overall DPS performanceinPvE (Raids, Mythic+ Dungeons) at Level 120 for both Single Target and AoE situations. There are alsoHealer Rankings and TankRankings on our site, just in case you are interested. You can also check out our Shadowlands DPS Rankings.

The data shown here is backed by actual numbers from many reliable sources such as SimulationcraftandWarcraft Logs. By using the approach of combining numerous simulations and real logs of Top 1% (99thPercentile) of the very best players of each class and spec, we can measure the central tendency ofthisdata while taking statistical dispersion into the account to provide you with the most realisticchart.

403feren os made for today's and tomorrow's generation tv. Even though these Rankings are merely indicative of the highest potential DPS you can still use themtoassess your class/spec performance (like what good numbers can you expect) or to find out who arethebest Melee, Range & Caster DPS in WoW in this patch.

🏆 What is the Best DPS class in WoW right now?

You can judge for yourself by exploring our chart above. Generallyspeaking,if you are looking to maximize your damage output, the Top 5 specs would be a safechoice indeed. But please do not be discouraged if your class or spec of preferenceisranked lower at the moment - at the end of the day the most important thing iswhetheryou enjoy the playstyle or not.

🎯 How often does this Rating get updates?

We know perfectly well that outdated data is useless. That is why wecheck these numbers every single day to verify that it is up to date and then weupdateit the moment anything changes. You can see the dates of both events at the top ofthispage.

They are based on both. And even more than that. Our processinvolvesrunning thousands of simulations with Simulationcraft (an open-source tool thatmodelsclass mechanics to estimate damage-per-second performance in different situations)andalso using tools like Bloodmallet and Raidbots to research various gearcombinations.Then we compare our results to the data retrieved from actual in-game logs of thebestplayers of each class (for this purpose we look up global leaderboards on sites likeRaider.io and WoWProgress). By combining both theoretical and statistical data weaim toprevent variance due to human factors (e.g. players underperforming) whilemaintaining aclose connection to realistic scenarios because many factors must be taken into theaccount. We also constantly monitor player communities like Icy Veins, Wowhead,Reddit,Method and official Blizzard World of Warcraft Forums to keep in touch with publicopinion so we can tell if our data is correct.

Not at all. These rankings are meant to show the general trends butinactual in-game scenarios many other factors may chime in and the lowest-rankedclass/spec may end up being Top #1 DPS in raid/group and vice versa.

With the recent end of arena season announcement, and the fact that the latest PTR build is marked as a release candidate, it’s pretty clear that Patch 6.2 is largely done with development and will go live shortly. As such, it’s time to turn our attention to the Tier 18 Death Knight set bonuses that will be obtainable from the Hellfire Citadel raid. We’ve seen several iterations of these bonuses over the course of the 6.2 testing period, which is the reason behind why I decided to wait until a more stable period before covering them. In case you were curious about the itemization/look of the tier pieces themselves, here’s a link to the Wowhead page with all items listed.

Death Knight Tier  For All Of Your Needs 2

Understanding how this bonus works requires a refresher on Scent of Blood mechanics. The Scent of Blood effect occurs when either Blood Boil or Soul Reaper are cast. Each stack of Scent of Blood increases the healing of the next Death Strike by 20%, up to a maximum of 5 stacks for 100% increased healing. This mechanic helps tie Blood Rune usage directly into future mitigation, outside of Rune Tap of course, and also works nicely to provide an extra boost to mitigation after a Blood DK might have finished AoEing (and thus using Death Runes for Blood Boils instead of Death Strike).

The two piece doubles the cap on maximum Scent of Blood stacks, and also grants a chance for both attacks to grant double the number of stacks than they normally generate. The four piece causes Death Strike to benefit from the full healing bonus without consuming all Scent of Blood stacks. An example of how this works would be that if I had both bonuses and 10 stacks of Scent of Blood, my next Death Strike would consume 8 stacks for a 200% increase heal to Death Strike. Both bonuses can thus be understood to simply provide a boost to existing Death Strike healing — and therein lies the problem. To quote my friend, Tyvi: “It’s pretty bland because the set bonus does nothing to the way we play. We do not even have to trigger or change anything whatsoever, since it is a passive bonus unlike 4P T17 where hitting Vampiric Blood did something different. It remains a minor buff to Death Strike, however else you want to word it.”

Even worse, these bonuses are fairly weak. The RNG of the two piece (in terms of when it generates extra stacks of Scent of Blood) means that it’s already less reliable than would be ideal for a spec based on quick reaction and a need for consistency. Furthermore, talents such as Blood Tap and Plague Leech allow us to generate runes for Death Strikes that aren’t affected by Scent of Blood, due to being decoupled from the abilities that generate them. For the sake of brevity, I’ll skip presenting the math here and get straight to the point — combined, these bonuses provide a roughly 7% increase to average Death Strike healing. Not only is that weak by itself, but it also only affects one part of a larger mitigation system. Considering that it adds nothing to gameplay as well, I find myself quite disappointed with the Blood set bonuses in Tier 18.

First things first: How do these bonuses work? The four piece is easier to understand: Killing Machine simply has a chance to still grant its critical strike bonus to the relevant strike without being consumed. With such a high chance granted, it’s not uncommon to see the buff persist until it expires or is even overwritten — though of course you could get unlucky and have Killing Machine expire with your first strike, multiple times in a row!

The two piece, on the other hand, requires maintenance. As you might expect, possessing the four piece helps greatly with this since it specifically increases the average rate of crits by the very strikes that power the two piece. Each successful critical hit refreshes the duration of the respective strike’s buff, and we want to maximize the uptime of that buff. If you were curious about the exact damage gains from each bonus for every DPS spec, #Acherus member Skullflower has constructed an awesome spreadsheet detailing his findings.

In terms of raw damage gained, both bonuses provide a fairly respectable amount. In terms of play however, the difference is night and day: The two piece requires attention and good play to maximize its uptime. Indeed, without the four piece it can require some careful planning ahead with Killing Machine procs, since the damage loss from stalling is no longer as omnipresent. The four piece, however, negates this utterly — it destroys any semblance of paying attention to Killing Machine which, without the two piece, was limited to begin with. The functionality of the four piece essentially removes Killing Machine from active play outside of making sure that both of the two piece buffs are active. The risk of overwriting an existing Killing Machine proc rises even more, and thus players are largely reduced to trying to get rid of existing procs immediately. I’ll also note that I was irked by the fact that the four piece bonus had zero effect on AoE, though the two piece compensates for this somewhat.

I am, however, hopeful that the four piece is a sign that finally Blizzard accepts the community’s findings in regard to Killing Machine. In its current state, the proc simply does not add the type of meaningful gameplay that it was supposed to, and deserves a full redesign rather than numerical adjustments to its strikes every expansion to make paying attention to make it “worth it”.

Another pair of bonuses that I’m of two minds about. First, the mechanics: The two piece adds two charges of Shadow Infusion instead of the standard one, and thus reduces the number of Death Coils required to activate Dark Transformation to three instead of five, since there’s no such thing as a “half Death Coil.” This means that a standard pooled bar of 90 Runic Power is all it takes to activate Dark Transformation, and on average means a significant boost to average uptime. This wouldn’t be significant in and of itself, were it not for the effect of the four piece, which grants a damage/attack speed boost of 10%/15% and 20%/30% to the player and ghoul, respectively.

By itself, the two piece is laughably weak — it barely averages out to a 0.3% DPS gain. I imagine many Unholy Death Knights rolled their eyes when they saw yet another set of bonuses tied to Shadow Infusion/Dark Transformation, especially after the fact that Tier 17 played upon the exact same theme. Luckily, the four piece encourages paying attention to the two piece since maximizing Dark Transformation uptime suddenly become a priority. With the four piece, pooling 90 Runic Power ahead of Dark Transformation falling off and getting it back up again becomes an important aspect of gameplay. Additionally, the four piece provides a fairly powerful 13% approximate boost to total damage, which makes up for the weak two piece.

In terms of fantasy, having Dark Transformation affect the Death Knight in addition to the Ghoul is a request that I’ve heard from players since Cataclysm. While I dislike that Shadow Infusion/Dark Transformation continues to feature as themes for Unholy DK bonuses, the four piece serves as an example of one that truly lives up to the fantasy (and, as seen via testing, power) of the Unholy spec. I’ll also be fair to Blizzard and give them due credit — the fact that Reaper’s Harvest is bringing back Wandering Plague is probably why it didn’t feature as a set bonus, and considering that we get to enjoy both it and the current four piece, it strikes me as a win. 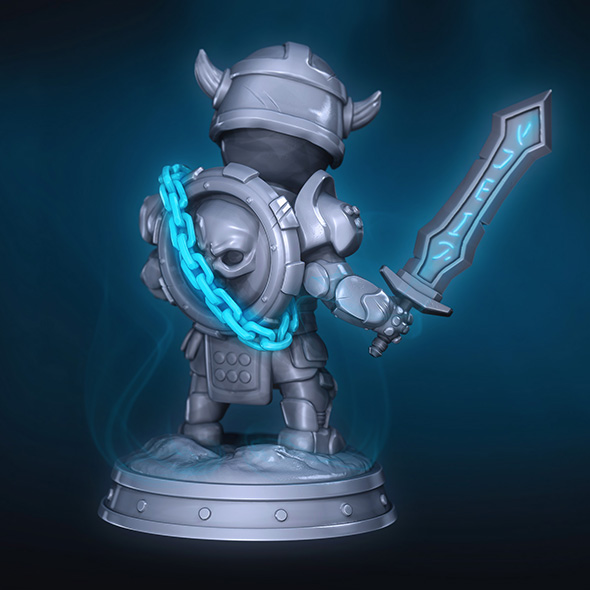 Although it’s rarer for tier set bonuses to be used as testing grounds for future additions to a spec, it’s not unheard of either. As mentioned earlier, I’m hopeful that the Frost DK four piece bonus is a sign of a revamp to Killing Machine, since it removes any meaningful interaction with the proc entirely. Both of the Unholy DK bonuses could present an interesting direction to take the current Dark Transformation mechanic, as it’s been remarkably uninspired otherwise.

Until next time, suffer well brethren!

Death Knight Tier  For All Of Your Needs Guide

Blizzard Watch is made possible by people like you.
Please consider supporting our Patreon!
Coments are closed
Christmas Updateperfect StormFocus Of Divine Serviceonline Lutheran Bible Study