At some unknown date in the 1620s a man called Michael Tisdall moved from England to Ireland where he first established himself in Castleblayney, County Monaghan. The following decade he married Anne Singleton whose family were likewise recent settlers in the country. The couple had seven sons and two daughters, the heir, born 1637, also named Michael Tisdall. He was the first generation to make an advantageous marriage, his wife being Anne Barry. Her father, the Rev. William Barry of Killucan, County Westmeath (who had nineteen children from two marriages) was the elder brother of James Barry, a clever lawyer who rose to become Chief Justice of the King’s Bench (Ireland) and a Privy Counsellor before being ennobled as Baron Barry of Santry. Incidentally, the last of this line Henry Barry, fourth Lord Santry was the only Irish nobleman to be convicted of murder by his peers and sentenced to death in April 1739 after he had run a tavern porter through with his sword while drunk the previous year: he subsequently received a royal pardon, with his title and estates returned to him. History does not relate what became of the poor tavern porter’s family.
Meanwhile the younger Michael Tisdall, who like his wife’s uncle practised law, seems to have lived a more exemplary life, primarily in Dublin although he began to acquire property elsewhere. In 1668 he leased the manor of Martry, County Meath containing 1,900 acres from Nicholas Darcy whose family had owned property in the region for the previous three centuries. However, as Roman Catholics and supporters of Charles I, the Darcys suffered financial setbacks, not least due to government fines during the Commonwealth, and so in 1672 Michael Tisdall was able to buy Martry outright. After he died in 1681, the estate passed to his son William, then still a minor since he had only been born in 1668; as a result, the property was managed by an uncle, James Tisdall who served as M.P. for Ardee, County Louth in successive Irish parliaments from 1692 onwards. Around the date he was first elected his nephew William married Frances FitzGerald, sister of Robert, nineteenth Earl of Kildare: she was thus aunt of James FitzGerald, first Duke of Leinster, a useful family connection for her children. The eldest of these, the third Michael Tisdall replaced his great-uncle James as Ardee’s Member of Parliament in 1713 and six years later married Catherine Palmer whose politician father William Palmer had served as Chief Secretary for Ireland in the mid-1690s as well as M.P. Grow your youtube channelfree course of 1 hourielts document. first for Kildare and then later for Castlebar, County Mayo. However, as a rule the Tisdall males were not long-living and thus the third Michael died in 1727 at the age of thirty-three leaving a seven-year old heir named Charles. 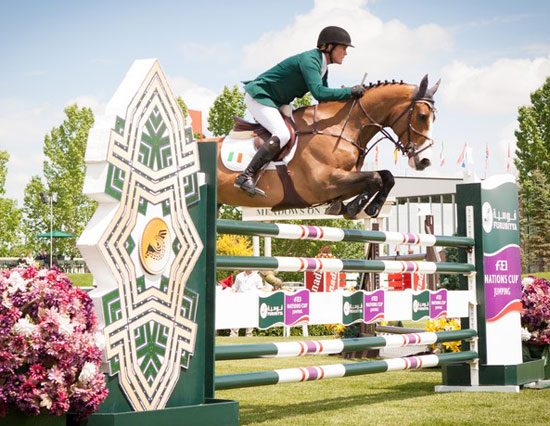 During his long minority, the now-considerable estate of Charles Tisdall was managed by three trustees including a neighbouring landowner, William Waller of Allenstown, County Meath and an uncle, the Rev. George Tisdall. Young Charles stayed in Dublin with his mother who had remarried, her second husband being the Rev. Edward Hudson. After taking his degree at Trinity College Dublin Charles embarked on the first of several visits to mainland Europe during which he spent time in Italy. Finally in 1740 he assumed responsibility for his own affairs and undertook work on the family’s lands in County Meath. Given that he had not lived there for much of his life, and that his father had been an infrequent visitor, the property at Martry – now known as Mount Tisdall – had deteriorated and was in need of attention if it were to produce a decent income for the owner. On the other hand, Charles Tisdall remained a traveller for the rest of his life, moving around Ireland as well as paying trips to England and further: in October 1741, for example, he was in Paris where fashionable purchases included a gold-topped cane for £5 13s and nine pence, and a gold repeating watch for £20, 9s and sixpence. (We know about these items thanks to an extant account book kept by Charles Tisdall for the period 1740-51 which details not only what he bought but also what he spent: this book forms the basis for Marion Rogan’s Charles Tisdall of County Meath, 1740-51 published last year by Four Courts Press in its Maynooth Studies in Local History series.)
A need to modernise and improve the house at Mount Tisdall led to considerable expenditure over the years it was in Charles Tisdall’s possession. In February 1743 he had the wainscoting of the ‘big parlour’ refitted, and the following year spent £2 15s on a looking glass for the room. In July 1745 he paid £3 for a large mahogany dining table and some years before had ordered a suite of furniture ‘red velvit embroidered with gold’ from Paris at a cost of £91 4s. At the same time, he had embarked on building a new residence three miles away, which he named Charlesfort. The design for this can be confidently attributed to the period’s most fashionable architect, since the account book records in February 1743 ‘To Mr Richard Castle when he gave me the plan for my house. I bargained with him for twenty guineas for his plan, & a guinea every day he overlook’d the execution £20.’ Eventually in 1751 Charles moved into Charlesfort and Mount Tisdall was rented, initially to a John Murray. The Tisdalls retained ownership of the estate until the death of Charles’ grandson in 1835 when it was sold to the Barnewalls, an old Meath family who were Lords Trimlestown.

The expenditure listed in Charles Tisdall’s account book indicates a house already existed on his County Meath estate, albeit one that had been little used for many years. It is presumably this building which forms the core of the present property, considered to have been five bays wide and two bays deep, in other words probably each floor held little more than a single room on either side of the central hall. So it seems to have remained until 1858 when Mount Tisdall, by now called Bloomsbury, was greatly enlarged for Richard Barnewall. The architect responsible was William Caldbeck, a competent but not especially imaginative practitioner who specialised in banks and religious institutions, his clientele in both cases likely to have preferred the familiar over the innovative. Such is the case at Bloomsbury where to the rear of the old house Caldbeck added a large two-storey over semi-basement range with a seven-bay garden front; the three centre bays break forward and are defined by full height pilasters and round-headed French windows on the ground floor while flights of steps descend to what were once formal gardens. Similar pilasters to those on the garden front were added at corners of the entire building and from the centre bay of the façade projjects a limestone portico with Ionic columns, the facade finished with a pediment. To one side of the house is a long service yard with handsome stables and other outbuildings, an exceptionally handsome gothic-style greenhouse running along one wall.
This structure, like the rest of the site, is now in advanced decay. Bloomsbury remained in the ownership of the Barnewalls until the last century and then at some date in the 1920s it was sold to the Whaley family who continued to look after the place. As recently as 2001 Kevin V Mulligan could write ‘The gardens of Bloomsbury are amongst the finest in the country, lovingly cared for by the owner, Jack Whaley, who has written extensively on gardens and his family.’ Indeed Mr Whaley published several books on gardens, but the one on which he lavished care now displays little evidence of its former glories. In the present century Bloomsbury was sold to a new owner who embarked on a blitzkrieg of the entire place: as can be seen, the house was stripped literally down to its bare walls inside and out while the rest of the estate was permitted to fall into hopeless decay. Whatever the eventual intention, the project was then abandoned and the property left without care. The outcome is that what just a decade ago was a fine historic house with associated buildings is today at risk of being lost forever.

One building on the Bloomsbury estate is of outstanding importance: an 18th century boathouse. Located at a point on the estate where two rivers meet, this is a legacy of Charles Tisdall’s proprietorship. The aforementioned account book contains information on a number of items of expenditure related to the boathouse. In July 1742 for example he bought a boat from Thomas Taylour of Headfort for £30 11s, and in June 1744 spent £1 2s and nine pence having the vessel painted. The building must date from around this period. Some fourteen feet in diameter, it is octagonal in shape and constructed of brick resting on a stone base. The plainness of the exterior walls is relieved by hollow roundels just below the onset of the dome. Access to the boathouse proper is via a flight of steps on one of the sides; these descend to a large space with an arched opening to the water (although changing levels means direct access to the river is no longer possible). Above this is a single chamber, presumably intended for summer dining and other such pleasures, entered via a door at the top of a short flight of steps. One side of the room is given over to a fireplace; its chimney cleverly doubles as the pinnacle on the roof. Of the other six sides, three hold windows, each offering a view of the rivers below, and the three have tall niches still holding the remnants of plasterwork, as does the domed ceiling. Charles Tisdall must have been proud of this little gem, since in August 1744 he bought for it an urn of Ardbraccan limestone costing £3 16s, and in April 1750 he spent spent over £4 two shillings on ‘whitening and painting the summer house and boat.’
There are only a handful of similar structures remaining in this country, among them the Belvedere at Dromoland, County Clare (see With Panoramic Views, Jan 29th 2014) which dates from approximately the same time, and the boathouse in the grounds of Leixlip Castle, County Kildare which is believed to have been built a few decades later. There is also an 18th century octagonal summer house with ovoid interior in the grounds of Mallow Castle, County Cork; photographs indicate this is in poor condition. The boathouse at Bloomsbury is likewise not in good shape but continues to survive, if somewhat precariously as vegetation threatens to widen cracks already apparent in the roof and an inexorably damp location has had repercussions on the fabric. But if the building is lost altogether, that would represent a serious loss to the country’s architectural heritage.