Donkey Kong Classics is an interesting title for the NES. We had both Donkey Kong and Donkey Kong Jr released many years earlier for the NES. In 1991, Nintendo decided to re-release both games, but this time on one cartridge. This was a great decision and it is one of the first examples of a “collection” of older games being re-released together. If you have played both these games before then you should know what to expect here.

Donkey Kong This is the old school arcade game Donkey Kong and it is the full version with all 4 levels just like the original from back in the days of yore. You play as Super Mario in this game BEFORE he was actually the Mario we know him as today. Of course where you have Mario, you must have a Princess and this game delivers.

Let’s start with the original Donkey Kong! This is an absolute classic and at the time the NES version was one of the best home conversions of Donkey Kong around. It looks fantastic and it really is as close as you could get to bringing the actual arcade game home. Like many other conversions of Donkey Kong, this NES version is not fully complete as it does not have the convey belt stage. To be fair many other versions at the time kipped this stage, but I feel they could have easily put it on the NES.

The game is great, you playing as Mario needs to save the girl from Donkey Kong. Donkey Kong Classics is just a really fun game and this is one of my all time favorite arcade games. It is a true joy to play with tight controls and simple, but very hard gameplay which keeps you wanting to play just one more time.

If you ask me, Donkey Kong Jr is one heck of an underrated game. While Donkey Kong may get all the attention, I feel this game here is just as good. The version of this on Donkey Kong Classics is as close to the arcade as you can get. Nintendo really did a great job here and the game I would say is actually even more difficult than the original Donkey Kong so that is something to keep in mind.

The gameplay of Donkey Kong Jr is a bit different, but also familiar. The game this time sees Mario as the bad guy and he has caged Donkey Kong! You playing as his son Jr, try to save him. The game is a platformer, but being able to climb vines is cool. The platforming is nice and tight, but it is keeping an eye on the enemies that you really need to do as you make your way to your dear old dad!

Overall, Donkey Kong Classics is a fantastic collection of games. Both of these are amazing games in my opinion and are essential for any gamer to play. I do feel that it would have been cool if they could have put Donkey King 3 on here as it would then have been a real complete collection. Still, this is a must-play for the NES!

Here is a Donkey Kong arcade game for sale. Donkey Kong has won it’s way into history as one of the most iconic and classic arcade games ever created. Released by Nintendo in 1981, Donkey Kong was the first hugely successful Japanese arcade release in the USA. 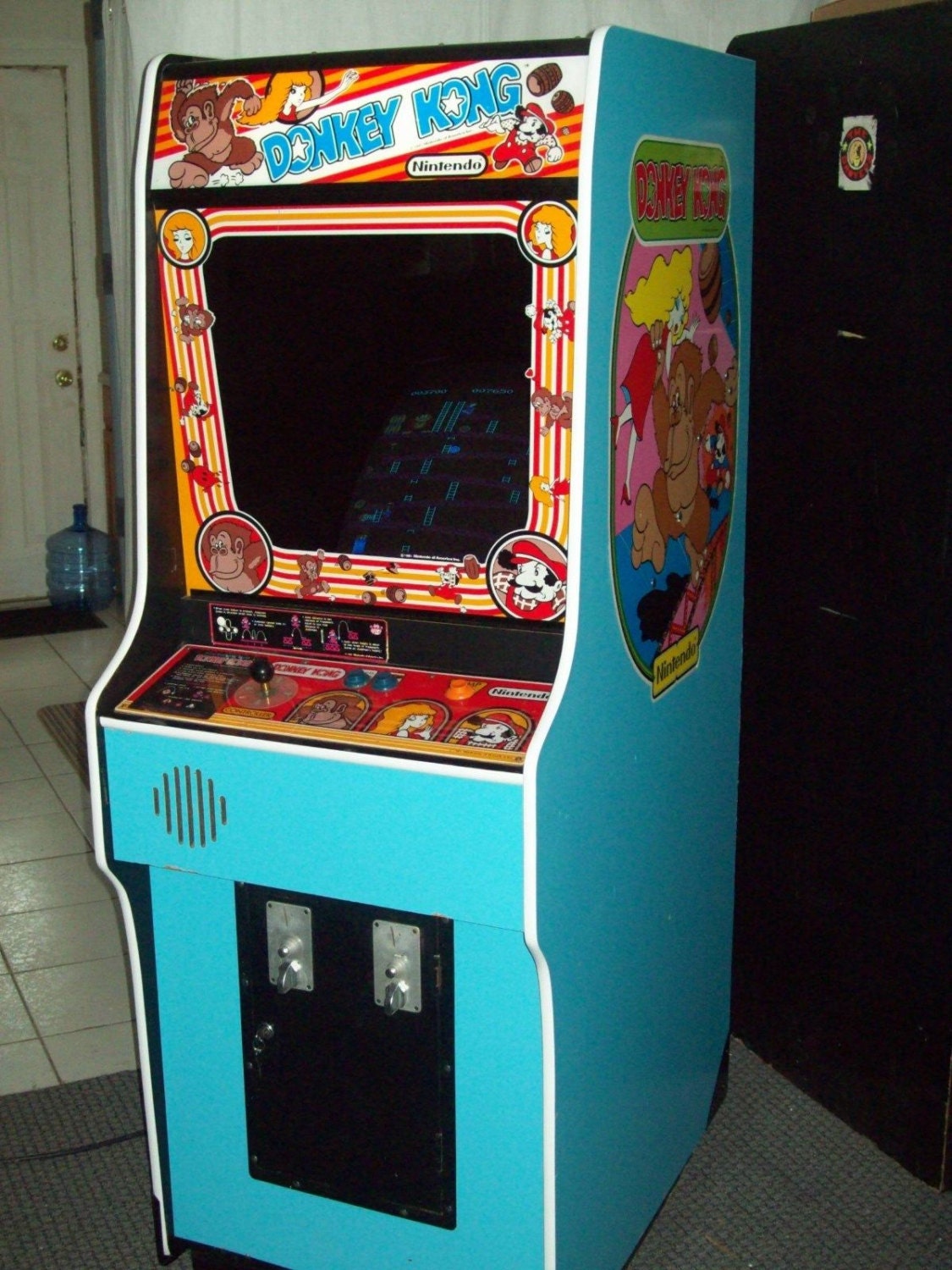 The game follows Mario (originally called Jumpman) on his mission to save his girlfriend Pauline from the clutches of the evil Donkey Kong. Mario must climb girders and ladders and dodge the obstacles Donkey Kong throws down on him. One of those original cabinets can be yours! This classic arcade game is sold in the original cabinet with side art. This game includes an original Donkey Kong PCB circuit board, fully working controls and 19″ CRT monitor! This arcade cabinet is fully restored classic arcade, and it looks almost new!