KANSAS CITY, Mo. (Dec. 10, 2020) – United Soccer Coaches announced on Thursday that Philadelphia Union defender Raymon Gaddis has been selected as the recipient of the 2020 Jerry Yeagley Award for Exceptional Personal Achievement. Gaddis will be officially honored during the All-America Ceremony on Saturday, January 16 as part of the 2021 United Soccer Coaches Digital Convention.

The award is presented annually to a former collegiate soccer student-athlete who has demonstrated extraordinary accomplishments and service beyond the sport itself. The award is named in honor of the legendary Indiana University men’s soccer coach.

“How fitting for an Indiana favorite son to receive the Jerry Yeagley Award for Exceptional Personal Achievement,” said United Soccer Coaches President Kevin Sims. “Ray has excelled on the field for the 2020 MLS Supporters’ Shield Philadelphia Union as a longstanding defensive stalwart, holding club records for most matches started and most minutes played. More impressively, Ray has leveraged his success and platform to benefit the Philadelphia area and the nation through meaningful philanthropy, community service, and social activism. United Soccer Coaches proudly salutes Ray Gaddis.”

A native of Indianapolis, Ind., Gaddis is arguably the most decorated defender in West Virginia men’s soccer history, where he helped lead the Mountaineers to a pair of NCAA Tournament appearances. He was a two-time All-BIG EAST selection and was a First Team then-NSCAA All-Region honoree in 2009. . He earned All-America honors both in his time at West Virginia and in high school. He was a BIG EAST Academic All-Star and a Garrett Ford Academic Honor Roll member at WVU.

He was drafted in the second round of the 2012 Major League Soccer (MLS) SuperDraft by the Philadelphia Union. After nine years in the league, all with Philadelphia, he owns the franchise record for most career matches (220) and minutes played (18,702), and is tied for the record for most matches played in a single season with 34.

Off the pitch, Gaddis has been very active in the community not only in Philadelphia and in his hometown of Indianapolis, but nationwide. He is a founding member and executive board member of MLS’ Black Players for Change (BPC), where he focuses on helping develop programming and initiatives, and is working specifically to form strategic partnerships to address racial inequalities, elevate Black voices, and stand with those fighting racism on the broader soccer scape. BPC was recently named the 2020 MLS WORKS Humanitarian of the Year.

He helped bring a mini-pitch to Newark, N.J. in conjunction with the U.S. Soccer Foundation, Adidas and Musco Lighting. It is the first of 12 planned mini-pitches to be built across the country as part of a long-term partnership aimed at breaking down systemic barriers that have kept children of color from playing soccer.

Over the last six years, he has partnered with Chipotle and Honeygrow to provide meals to the homeless in Philadelphia. He has also worked with the Salvation Army and Bethesda House to deliver meals to a safe space for those in need. He has a similar initiative in Indianapolis, where he delivers food, clothing, coats, and insulated blankets to one of the tent cities.

Recently, Gaddis has helped bridge the digital divide in the Indianapolis public school system by working with local officials and the NFL Players’ Coalition to provide internet and hotspots for 283 families who do not have internet access to help them be able to keep pace with their peers in school who do have internet access.

He has been vocal about the importance of voting and the realities of voter suppression. He joined Philadelphia Mayor, Jim Kenney, in a virtual voting roundtable discussion and took the lead in the Union’s voting initiative that brought a pop-up voter service center to Subaru Park.

(Photo courtesy of the Philadelphia Union)

Hopes were high for the Philadelphia Union heading into the 2020 MLS Cup playoffs. They had plenty of momentum as the Supporters’ Shield winners and their regular season record ensured that they would play all of their playoff matches in the friendly confines of Subaru Park, where they were undefeated in 2020.

Well there’s a first time for everything.

As they prepared to face the New England Revolution yet again, there were no major changes to the Union starting XI other than the expected return of Andre Blake between the posts. Olivier Mbaizo the only major absence on the bench due to quarantine protocols following his time on international duty. 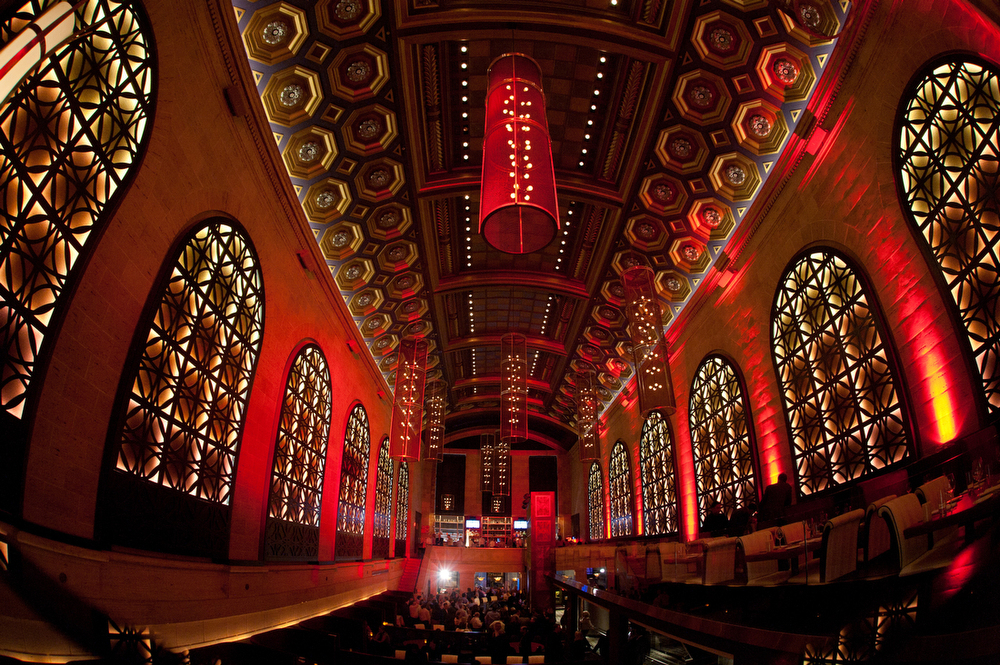 The Union didn’t waste any time going on the attack and they had a few dangerous chances within the first ten minutes. Brenden Aaronson surged up the right side in the fifth minute before making an open cutback to Jamiro Montiero. Unfortunately the ball took a tough bounce and Montiero couldn’t get the ball on frame.

Jose Martinez had the next look off of a shot from distance in the 7th minute, but his shot deflected off of a Union player for a goal kick.

Despite the early Union control, the Revs nearly went up in the 14th minute after a bit of sloppy defending by the Union. A bad turnover followed by a miscommunication between Ray Gaddis and Jakob Glesnes gave Gustavo Bou a shot on goal. Faqae. Glesnes got down for the block and the deflected ball rolled just wide.

This mistake seemed to unnerve the Union and their play for the next ten minutes or so was sloppy and disjointed. Several defensive miscues quickly turned into attacking chances for the Revs. The defense managed to scramble and fix their mistakes each time, but their struggles kept the Union in their own half and it made it difficult for the offense to push ahead.

The Union would eventually pay for their sloppy play after giving away a free kick just outside of the box. Charles Gil stepped up to curl the ball into box and it was Adam Buksa who was there to meet it. He comfortably headed it past Andre Blake to give the Revs the lead.

The Union’s issues went from bad to worse just four minutes later as the Revs doubled their lead off of another defensive miscue. This time it was Tajon Buchanan who received the ball with space on the Union left. Kai Wagner was in position to deal with him one on one, but he failed to take the ball off him. Blake got a hand on Buchanan’s shot, but it wasn’t enough to keep it out of the net. 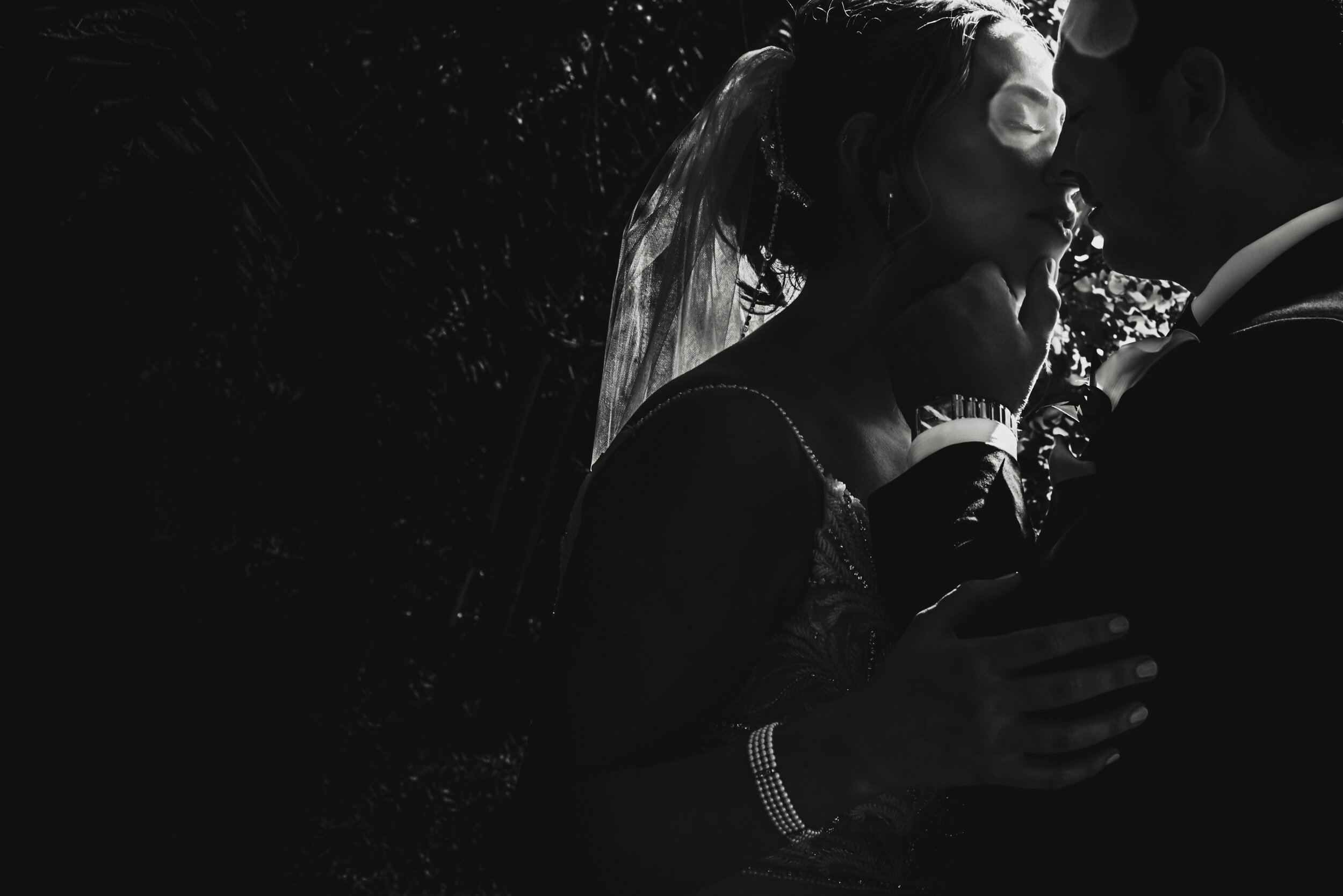 This second goal seemed to finally force the Union to get into the game and they had their first run of offensive chances. Kacper Przybylko put a header on frame in the 36th minute, but Matt Turner was there to make the save.

The final minutes of the half were marked by chippy challenges by both teams and tempers began to escalate. Unlike their playoff match last year, the Union couldn’t manage to find a goal to generate some momentum going into halftime. Instead they went to the locker room needing a major reset for the second half.

Jim Curtin made a bold swing at the half by replacing Jose Martinez with Ilsinho. Martinez had been struggling in possession and bringing on Ilsinho early could have provided the offensive spark that the Union so desperately needed.

But the Union’s struggles continued and it looked like the Revs were closer to getting a third goal than the Union were to getting their first. Some physical play with Buksa in the box nearly resulted in giving away a penalty. Just a few moments later, Charles Gil went for a chip from just outside the box that was only denied by the crossbar.

It was Ilsinho’s intensity that began to open up the Revs defense and give the Union a few chances. Most of the Union attacks over the next few minutes were sparked by Ilsinho making some space or getting into a dangerous position. But Ilsinho’s inventiveness on the pitch just made it that much more apparent how flat the rest of the Union players were playing.

Still down two with half an hour to go, Curtin went with a few more changes. Jack Elliott was brought on for Aaronson while Cory Burke swapped in for Sergio Santos. This was shortly followed by a solid Przyblko header off of a free kick, but it was right at Turner.

Time continued to slip away without any significant chances for the Union. With less than twenty minutes left, the Revs began to transition to sitting behind the ball and forcing the Union to try and break them down. But the Union attack simply wasn’t translating to shots on goal.

With only about fifteen minutes left to play, it was Anthony Fontana’s turn to try and make an impact as he was brought on for Gaddis. Fontana would be responsible for the next Union shot on goal in the 82nd minute, but this one was handled by Turner as well.

That shot from Fontana would be the last dangerous moment for the Union. The Revs easily burned away large chunks of time by holding possession and the Union couldn’t build up their attack as they continued to struggle with the same turnovers and mistakes that had plagued them the whole evening.

There was a tense moment at the final whistle as Glesnes looked like he was ready to get physical with some New England players. His frustration was understandable, but cooler heads prevailed before things got completely out of hand.