Individuals who are unapologetic, bold, courageous, confident and proud of who they are and the way they live. Sls fluffy front tendon boots asugars legacy stables. These are the traits the stars of the new Go Your Own Way Xfinity Mobile advertising campaign possess. The campaign illustrates how Xfinity Mobile is different from other wireless providers by giving customers control of their data options.

This new campaign also celebrates the differences that make each of us unique, and, by doing so, aims to represent the diverse customers and communities we serve.

Her mother Renee is the daughter of Neil the onwer of AMEC. That means Amy will one day inheret the ranch. Amy loves living here on the ranch with all of the horses. Theres never a day that goes by when she doesn't have something to do. The Tryon International Equestrian Center is a sprawling $100 million equestrian center and luxury resort. They hold regular events, bringing horse lovers and riders from across the country and the world. A luxury resort and spa is slated to open on the site in 2018. Tryon International Equestrian Center.

And while Wellington is known internationally as home to the International Polo Club and Palm Beach International Equestrian Center, South Florida also is a hub of horse-racing. Little Miss Renee. I make home decor, everything from wreaths to tables. Also do custom work. Only limit is your imagination.

For California, this campaign has special meaning because it features two Californians who are making an impact and a difference in their communities.

The ad opens with the captivating voice of artist, Moses Sumney singing a new take on the classic tune Go Your Own Way by Fleetwood Mac. This song celebrates the many different options available through Xfinity Mobile that allow you to ‘go your own way.’

Born in San Bernardino, California, raised in both Ghana and SoCal, and currently living in North Carolina, Moses Sumney has always been one to go his own way.

Since emerging in 2014 with a self-released cassette EP, Sumney has ridden waves of word-of-mouth praise and dynamic live performances.

That original, unapologetic approach has clearly paid off. His 2017 debut album Aromanticism topped the end-of-year lists of tastemaker hubs like Bandcamp, the New York Times, NPR, and Pitchfork. In 2019, Moses Sumney received a SXSW award for his music video work. His recently published essay, “Stateside Statelessness,” in Fight of the Century (Simon & Schuster) and his 2020 sophomore double album, “græ”, are on course to receive similar acclaim.

Bay Area native and resident Brianna Noble makes a stunning appearance in the commercial along with an 1,800-pound horse. The 25-year-old equestrian generated international attention when she rode at an Oakland Black Lives Matter protest over the killing of George Floyd at the hands of the Minneapolis Police. When asked why she brought her horse to the protest, Brianna responded that “no one can ignore a black woman sitting on top of a horse.”

Brianna “Bri” Noble is the founder and owner of Mulatto Meadows, an equestrian business dedicated to expanding the accessibility of riding and horsemanship to communities historically excluded from the equestrian world. In addition, she is leading and raising money for the project Humble, an initiative to help underserved children take horseback riding lessons for free.

Moses and Brianna fully embody what is means to go your own way and we are proud to see California represented in this new campaign. 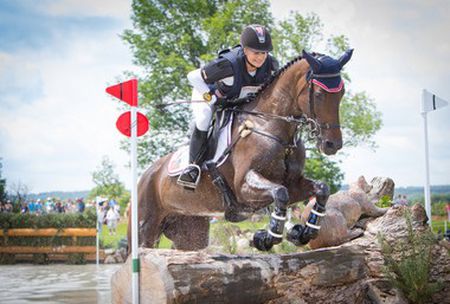 Ana Jayne is the lead instructor of the Franktown Meadows Riding Academy in addition to offering professional training for those who lease or own their horse. As a professional rider, Ana draws on her extensive show experience competing in everything from the baby green hunters to performance hunters, and jumpers to 1.40m. And as a professional trainer, Ana takes pride in her lesson and training program that is attentive to training riders both at home and at horse shows.

No matter a rider’s personal goals, Ana strives to produce a confident and successful equestrian. She draws from knowledge gained while working for Renee Ronshausen at Crystal Clear Farm, Hope and Ned Glynn at Sonoma Valley Stables, Sanjay Bagai at Zeitgeist Equestrian, and Lisa Durbrow and Cyd Shald at Longview Stables, as well as time spent as a show-rider for Stable Obora in Czech Republic, to help each horse and rider achieve show ring success while maintaining a focus on loving and appreciating our sport and equine partners.

Andrew Jayne is an international Grand Prix rider with 10-years’ experience as a professional. He has competed in classes up to 1.50m both nationally and internationally with multiple Grand Prix wins and top placings in FEI classes. Additionally, Andrew has also competed in the hunter arena with success in both national and international Hunter Derby’s. Andrew’s knowledge of producing young horses, training, and competing comes from working with top names in the hunter/jumper industry. As a junior, he received a scholarship to Maplewood Stable’s Horse Industry Training Program where he learned the basics of training hunters and jumpers. Andrew applied this knowledge when he began his professional career as an assistant trainer for World Cup rider Rusty Stewart. While working for Mr. Stewart, Andrew assisted in breeding and starting young horses in addition to caring for and training top Grand Prix horses. Andrew moved back to his hometown of Reno, Nevada to work for Julie Winkel in 2015 and developed young horses from their first classes to the Grand Prix level. Along with a passion for competing himself, Andrew enjoys helping horses and their riders achieve success in the show arena. Together with his wife, Ana, they blend their love for horses, passion for teaching, and devotion to the hunter/jumper sport to operate Looking Stone Farm.