Pawn ప్రమోషన్ & en-passant rulesBE SMART & MAKE SMARTచెస్ = మేధా శక్తి, విజ్ఞాన పరిజ్ఞానం. When a Pawn reaches the other side of the board, it has to be replaced with a piece of the same color that is not a Pawn or a King. This process takes place in the same move and is called pawn promotion. A Pawn can be promoted to a Rook, Knight, Bishop, or a Queen. Usually, the piece involved in the promotion is already captured. The rules of chess (also known as the laws of chess) are rules governing the play of the game of chess.While the exact origins of chess are unclear, modern rules first took form during the Middle Ages. The rules continued to be slightly modified until the early 19th century, when they reached essentially their current form.

1. The Rules of Chess

Chess is played on a square board of eight rows (called ranks and denoted with numbers 1 to 8) and eight columns (called files and denoted with letters a to h) of squares. The colors of the sixty-four squares alternate between light and dark, and are referred to as 'light squares' and 'dark squares'. The chessboard is placed so that each player has a white square in the near right hand corner, and the pieces are set out as shown in the diagram, with each queen on a square that matches its color.

Each player begins the game with sixteen pieces: each player's pieces comprise one king, one queen, two rooks, two bishops, two knights and eight pawns. One player, referred to as White, controls the white pieces and the other player, Black, controls the black pieces; White is always the first player to move. The colors are chosen either by a friendly agreement, by a game of chance or by a tournament director. The players alternate moving one piece at a time (with the exception of castling, when two pieces are moved at the same time). Pieces are moved to either an unoccupied square, or one occupied by an opponent's piece, capturing it and removing it from play. With one exception (en passant), all pieces capture opponent's pieces by moving to the square that the opponent's piece occupies. 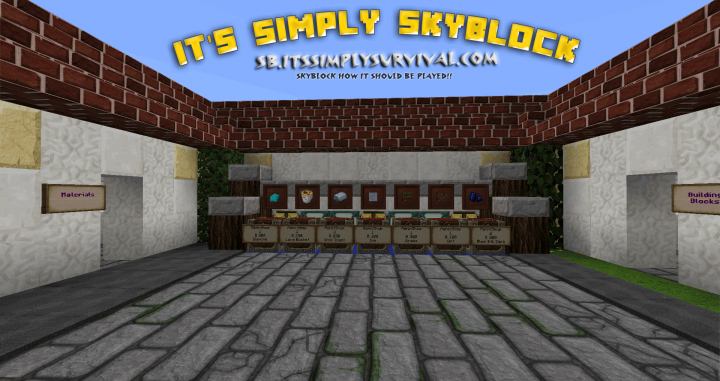 The king can move only one square horizontally, vertically, or diagonally. Once in the game, each king is allowed to make a special double move, to castle. Castling consists of moving the king two squares towards a rook, then moving the rook onto the square over which the king crossed. Castling is only permissible if all of the following conditions hold:

The bishop moves any number of vacant squares in any direction diagonally. Note that a bishop never changes square color, therefore players speak about 'light-squared' or 'dark-squared' bishops.

The queen can move any number of vacant squares diagonally, horizontally, or vertically.

The knight can jump over occupied squares and moves two spaces horizontally and one space vertically or vice versa, making an 'L' shape. A knight in the middle of the board has eight squares to which it can move. Note that every time a knight moves, it changes square color.

Pawns have the most complex rules of movement: A pawn can move forward one square, if that square is unoccupied. If it has not moved yet, the pawn has the option of moving two squares forward, if both squares in front of the pawn are unoccupied. A pawn cannot move backward. When such an initial two square advance is made that puts that pawn horizontally adjacent to an opponent's pawn, the opponent's pawn can capture that pawn 'en passant' as if it moved forward only one square rather than two, but only on the immediately subsequent move. Pawns are the only pieces that capture differently than they move. They can capture an enemy piece on either of the two spaces adjacent to the space in front of them (i.e., the two squares diagonally in front of them), but cannot move to these spaces if they are vacant. If a pawn advances all the way to its eighth rank, it is then promoted (converted) to a queen, rook, bishop, or knight of the same color. In practice, the pawn is almost always promoted to a queen.

With the exception of the knight, pieces cannot jump over each other. One's own pieces ('friendly pieces') cannot be passed if they are in the line of movement, and a friendly piece can never replace another friendly piece. Enemy pieces cannot be passed, but they can be 'captured'. When a piece is captured (or taken), the attacking piece replaces the enemy piece on its square (en passant being the only exception). The captured piece is thus removed from the game and may not be returned to play for the remainder of the game. The king cannot be captured, only put in check. If a player is unable to get the king out of check, checkmate results, with the loss of the game.

Chess games do not have to end in checkmate — either player may resign if the situation looks hopeless. Games also may end in a draw (tie). A draw can occur in several situations, including draw by agreement, stalemate, threefold repetition of a position, the fifty move rule, or a draw by impossibility of checkmate (usually because of insufficient material to checkmate).

When it comes to learning how to play chess, many people initially think that the pawns are the most insignificant on the board. True, they can’t cross the entire board in one move like the Queen, nor can they leap over your opponent’s pieces like the Knight, but if you explore the rules of the pawn, you’ll find that it is actually quite a powerful piece.

The following are rules for the pawns in the game of chess. Knowing these rules better will help you to make the most of your pawns.

The pawns are the most limited in their movement. Unlike the other pieces on the board, the pawn can only move in one directionâ€”forward. The exception to this is when he is capturing an opponent’s piece, in which case he moves to the space diagonally to the right.

If a pawn makes it all the way across the board without being captured, you can then transform your pawn into another queen (or rook, or bishop, or knight, but players almost always choose a queen.) If this is the case and your original queen is still on the board, you can turn a captured rook upside down. This universally signifies a queen.

Despite their limited mobility, pawns can be very useful in your game strategy. At any given time, a pawn controls two squares on the boardâ€”those to his diagonal. The following are some general strategic suggestions, although not official chess rules, that many chess masters adhere to when playing.

Butterfly Digital Gate Grill Panel Partition Room Divider Template Vector Svg Dxf Files Laser Cutting CNC Plasma Cutter JB-1811 6DogArts. From shop 6DogArts. 5 out of 5 stars (2,576) 2,576 reviews $ 3.20. Favorite Add to. The first thing you will want to do once you download a Free DXF file is to unzip the file with a file extraction program. Once you unzip the file folder you will see two files available. One of your unzipped files will end with.dxf and the other will end with.jpg (.dxf files are for cutting.jpg files are for viewing purposes only). Butterfliesfree dxf shape files for cnc cutting. This original collection will make your CNC projects the envy of others with beautiful images of butterflies to add character and mystique to your files. The Butterflies download pack contains seven DXF images showcasing the simple but breathtaking beauty of butterflies.

Don’t Double Your Pawns Up

Pawns that are “doubled ” are two pawns who end up one in front of the other. This typically only occurs when a pawn has captured an opponent’s piece. Doubled pawns are then limited in their mobility, making them weaker and less able to protect other pieces.

If you are playing against someone who has doubled pawns, keep in mind that this is a situation that is likely to remain throughout the game. So don’t be in a rush to get to these pawns. Once you have developed the bulk of your strategy and placed your pieces, you can then go about capturing weak pawns.

As a general rule, it’s a good idea to keep your pawns coordinated and together. Basically, the pawns will decide who gets in and who gets out. Well coordinated pawns can open up avenues for bishops and rooks and can even be considered the foundation of the whole game. Isolated or doubled up pawns can weaken the whole playing structure.

When dealing with your opponent’s pawns, keep in mind that the closer they get to your King and Queen, the more of a threat they become. Not only can they box you in (there are many instances in which a King was forced into checkmate by a pawn!), but you have the added threat of a pawn turning into a queen, should it make it to the end of the board.

How Much Do Pawn Shops Pay

The rules for pawns are somewhat complex, but knowing them can help you take advantage of your pawns.