On July 25th, 2013, thirteen local students who took part in the “Chinese Bridge” Summer Camp for American High School Students landed at Cleveland Hopkins International Airport, celebrating and hugging their long-waiting parents, relatives and friends. Everyone could sense their satisfaction about their journey to China; from the beaming smiles and excited conversation between the students and their families, it was clear that this event was a powerful, thrilling, and educational experience.

Chaperones and students departed from Cleveland on July 9th and arrived in Beijing at midnight on July 10th (Beijing Time). The next day, 500 high school students from across the United States attended an opening ceremony with their lead teachers, chaperones, and tour guides. At the opening ceremony, the teachers’ delegate shared previous students’ experiences and successes with the Chinese Bridge Summer Camp, provided orientation information, and showed a video of the closing ceremonies of previous Chinese Bridge programs which included students participating in traditional Chinese dance, classic songs, and music. Full of expectation and curiosity, the campers then visited the Headquarters of the Confucius Institute (Hanban), as well as the Summer Palace and Yonghegong Lamasery.

View credits, reviews, tracks and shop for the 2013 Vinyl release of Summer Camp on Discogs.

Campers from the Ohio Confucius Institute Joint Group were assigned to the Henan Team “Discovering Chinese Kung Fu” in order to explore traditional martial arts and Kung Fu in China. On July 12th, the campers took a flight to Dengfeng, Henan province, where the local school prepared elaborate performances with martial arts and national customs in order to welcome teachers and students. This activity not only aroused the interests of students, but also motivated them to begin learning martial arts.

On July 13th, campers were introduced to their summer camp program groups for the remainder of the program. Campers were assigned to different groups based on their Chinese language proficiency. Each group of fewer than 15 students was allocated a professional teacher in order to guarantee a high efficiency in their language studies. Campers’ daily routine included learning Mandarin Chinese and studying martial arts. In addition, campers learned from lectures about the culture of Shaolin martial arts, learned Chinese traditional paper cutting and folding, and watched the live-action performance “Grand Show of Shaolin Zen Music” as well as a film titled The Shaolin Temple. Chinese and American teachers and students lived together, and together attended classes and participated in activities. Through this extended contact, teachers and students established a great friendship and gained greatly from their cultural exchange. The positive attitudes of the American students in adjusting to life in the program made a good impression on everyone. After the summer camp, the students also took the YCT (Young Learner's Chinese Test) exam, which is administered by Hanban. On July 19th, campers attended to the closing ceremony of the martial arts camp, which was held in Luming Heights.

On July 20th, campers left Dengfeng to visit Luoyang. During their stay, students visited Luoyang No.1 Middle School, communicated with students, and participated in local school social activities so that the campers could personally experience the Chinese style of education. Campers also visited with Chinese families. In a full-day visit experiencing Chinese family life, campers witnessed a Chinese family environment, discovered cultural differences in the relations between family members, and learned about Chinese living habits. 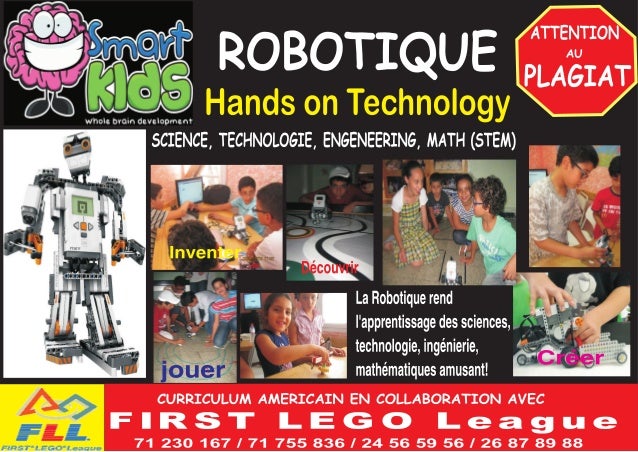 In order to expose campers to the beautiful scenery of China, the Confucius Institute arranged for campers to visit the Shaolin Temple, birthplace of Chinese Kung fu, and some famous historical culture attractions, such as the Longmen Grottoes. These activities, with unique Chinese cultural characteristics, not only aroused campers' interests in learning Chinese, but also allowed them to experience traditional Chinese culture. Moreover, these activities deepened their understanding of Chinese and promoted the bilateral relationship between China and America. Meanwhile, campers both learned natural and standard Chinese pronunciation and Chinese martial arts, and experienced the charm of the daily life of Chinese people and Chinese culture. For campers these were very valuable first-hand experiences, difficult as they are to experience in the United States. During this period, custodians kept closely in touch with parents and the Confucius Institute by email, and provided students’ daily schedules and progress to them. Leaders of the Cleveland State University Confucius Institute were very involved in the campers' daily life and study in China, and were in constant contact with program chaperones. For instance, after a student injured himself in martial arts training, Professor Wenzheng Liu, Chinese director of the Confucius Institute at CSU, called custodian Ms. Crystal Myhre and the teacher in charge of Hanban programming in Henan province and provided frequent updates to the student’s parents in the US. The young man’s parents were very satisfied with their experience throughout the whole process, and even sent a thank you letter to the Confucius Institute.

On July 22nd, campers returned to Beijing from Luoyang, and then participated in the friendly basketball game with Chinese students. Five hundred campers, who had returned from

different program locations across China, together climbed the Great Wall, visited Tiananmen Square, and went sightseeing at the Palace Museum. In the afternoon, all of the campers joined in preparations for the closing ceremony.

On the night of July 24th, Hanban hosted the closing ceremony. At the ceremony, Alexis Drees, a student of the Confucius Institute at Cleveland State University, gave a two-minute thank-you speech in fluent Chinese on behalf of all her fellow campers. She briefly reported what she had learned, what she had seen, and what she had experienced in her ten-day experience in Henan Province. She also gave many thanks for the assistance of the Confucius Institute at Cleveland State University and the Headquarters of Confucius Institutes. At the closing ceremony, all the campers put what they had learned on their ten-day studies on show. Our Ohio Confucius Institutes Joint Group students and other campers also from Henan Group together performed “Shaolin Kung Fu,” which won consistent favor from officials from Hanban and from the audience. To close the ceremony, all campers, teachers, and volunteers sang a heartfelt and beautiful rendition of “Beijing Welcomes You.”

Through this Summer Camp event, all the students felt that their Chinese trip was quite meaningful, and they benefited from learning the Chinese language and gaining a deep understanding of Chinese culture. In interviews with the Xinhua News Agency, many students wished that the time for the exchange could be extended, some students wanted to study in China after completing their undergraduate degrees, some hoped to travel in other cities in China, and one student expressed his hopes that he could be helpful in the communication between our two countries.

After the summer camp, we received many thank-you notes from the parents of students, all of whom were grateful both for the opportunity that Confucius Institute provided their children to be become more familiar with China, and for the care and attendance by chaperones employed by Confucius Institute at Cleveland State University.

Next year, our Confucius Institute will give more support to the local high school students who want to attend Chinese Bridge Summer Camp. Students and parents interested in our program can find updated information on our website or by contacting or visiting the Confucius Institute offices at Cleveland State. 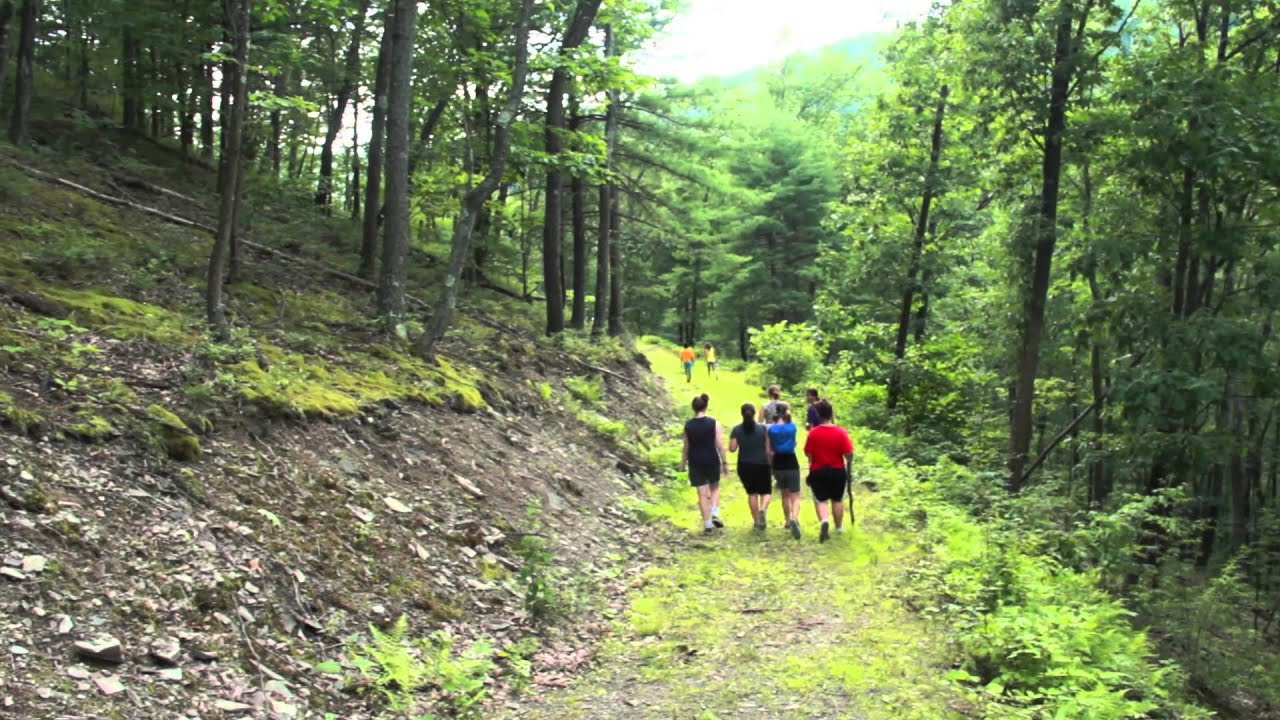 In January 2013 we received preliminary notice from Hanban informing us that Hanban plans to have the 2013 Chinese Bridge Summer Camp.

Hanban will send formal announcement and application forms in the forthcoming weeks. We will then provide this information to our Chinese language teachers(if you are not on our email distribution list, kindly email [email protected] to ask to be added to the list. Thanks.)

In the meantime, we can provide you with the following information:

Passport: Students who are serious about this opportunity should make sure they have a current passport or apply for a passport now.If you have an idea of the number of students seriously intending to participate from your school, kindly let us know.