Watch highlights of the evolution of Women's Revolution in WWE that has occurred since the WWE debuts of Charlotte, Becky Lynch and Sasha Banks in July 2015. We take a look back at how the women's revolution came about and the heights it has reached. Advertisement 2016 saw the resurgence of women’s wrestling in WWE.

Invoking the success of the U.S. women's soccer team, Ronda Rousey, Holly Holm and Miesha Tate in the UFC and tennis stars Serena and Venus Williams as proof of the growing clout of women's sports, McMahon called for changing the 'Divas' (women's) division of pro wrestling. She said, 'there is a revolution in women sports happening right now. .. I want this revolution here in WWE.'

The video below picks up right after McMahon announced her envisioned revolution. In it, she introduces new female characters — which means more camera time for the women and more attention for their storylines.

Nearly eight months later, during Sunday night's WrestleMania, WWE took another step in the revolution by announcing a new championship — well, a new name anyhow. With much fanfare, WWE unveiled the rebranded 'divas' championship as the women's championship.

'The term 'divas' fit their female characters back in the day when the product was not as child-friendly, with women competing in matches such as bra and panties matches,' Jack White, a London-based TV reviewer and reporter for the website Diva Dirt, told NPR in an email. He said WWE's changes are 'absolutely huge.'

In an article for the Players Tribune, a website that gives sports insiders a platform to tell their stories in their own words, McMahon explained the significance of the changes:

'Our female performers are world-class athletes, actors, public speakers and philanthropists. They're role models, inspiring and empowering women and girls to be confident and strong. They dedicate themselves to WWE, achieve great success and earn the same respect as their male counterparts.

'Therefore, from this point forward, all of our performers – male and female – will be known as 'Superstars.' '

This shift is the latest step in a social-media movement created by pro wrestling fans called #GiveDivasAChance, which demanded dynamic, more developed roles for female performers in the dramas of pro wrestling. The movement has been gaining momentum — in February #GiveDivasAChance trended on Twitter for three days — and the WWE has been paying attention. Female performers are no longer just decorations for the men's matches.

'Now the WWE measure their female athletes on their skill in the ring, rather than their looks,' White said. 'The girls are now given the chance to prove that their matches aren't blink-and-you'll-miss-it bathroom breaks, they are unmissable events.'

The A.V. Club described Sunday night's WrestleMania women's championship match as 'urgent, exciting, and relevant,' calling it 'the type of match that has the potential to singlehandedly change the course of women's wrestling.'

While the WWE women are still scantily clad (so are the men) the programming is no longer geared as heavily toward the male gaze. The idea is to put less focus on the women's bodies and more focus on their abilities, character storylines and charisma. Download dev c++ for windows 7 latest version.

CBS said the women's championship may have been 'the match of the night' and that the wrestlers 'put together a tremendous performance with awesome near falls, great spots outside the ring and some interesting submission combinations.'

But as Vocativ wrote earlier this year, WWE is still struggling to reconcile its history of portraying woman in primarily sexual contexts, as evidenced by a recent appearance from one of WWE's biggest stars, Dwayne 'The Rock' Johnson. The article read:

'Part of Johnson's appearance involved an extended bit with Lana, another of the company's young female talents, which consisted of a rambling monologue about an apparent sexual encounter the two had last year. Even when Rusev, Lana's fiancee both in storyline and reality, arrived on the scene The Rock continued to gleefully recall their X-rated antics, despite her obvious discomfort.'

WWE's decisions to add more female performers to its roster and strike 'diva' from its vernacular helps put male and female WWE performers on more equal footing, but it's also good for business.

In an interview last week with ESPN's Hannah Storm, McMahon said, 'Our fans want to see our female athletes positioned the same as our men.'

The pro-wrestling has been dominated by the men in all of its history. The big and strong men are the ones that headline wrestling events and are advertised as main eventers. Women are barely featured on the show and rarely are they placed anywhere near the main event. But that is set to change as WWE, the biggest wrestling promotion in the world will host its very first women-only pay-per-view event, Evolution. 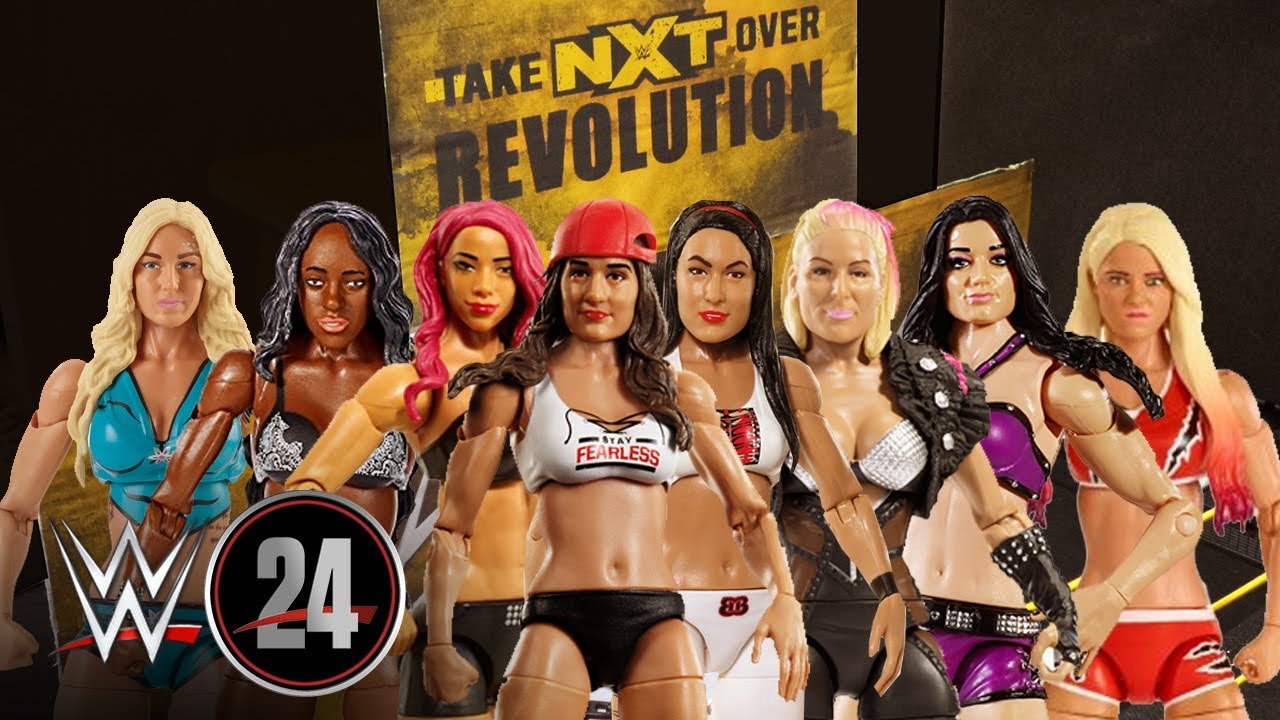 The event was announced by Stephanie McMahon, who is one of the principal owners of WWE as well as the daughter of CEO Vince McMahon. She was accompanied by Vince McMahon, Triple H, and all the women working for WWE as this historic announcement was made on the July 23rd episode of RAW. As per the announcement, WWE Evolution will take place on October 28, 2018, at the Nassau Coliseum in New York. The event will be streamed exclusively in the WWE network and will feature all the women from RAW, Smackdown, and NXT. In addition, the finals of the 2nd ever May Young Classic will be contested at the event, making it historic in every sense of the word.

With the announcement of this historic event, it serves as the continuation of the WWE’s so-called “Women’s Revolution”. This term refers to WWE’s increased interest in promoting women’s wrestlers and matches. It all started in WWE’s developmental territory NXT, where under the tutelage of Triple H, women were given more emphasis, getting long matches and prominent position on the card.

That translated to the main roster when Stephanie introduced three of NXT’s biggest women’s wrestlers to the main roster: Charlotte, Becky Lynch, and Sasha Banks. Since then, women have been a major staple of WWE and stars like Charlotte, Asuka, Alexa Bliss, and Sasha Banks have been featured prominently and with the recent signing of Ronda Rousey, women’s wrestling is at an all-time high.

Women’s wrestling’s progression is pretty visible with women being featured in high profile matches under the WWE umbrella. They have even been given the opportunity to headline a pay-per-view as Sasha Banks and Charlotte starres the main event the 2016 Hell in a Cell event. And now with a women-only event, this progression has reached the next stage.

WWE A Little Behind The Curve

While this announcement is pretty historic, one can’t help but notice that WWE are a little late in doing this. They are trying to make up for all the years they presented women as sexual objects and featured in pointless bras and panties matches. Other promotions like TNA were featuring women heavily since the 2000s whereas Japan has separate women’s wrestling promotions like All Japan Women’s Pro-Wrestling.

TNA has been promoting women for a very long time, Image Source: YouTube, we can say that WWE has been left behind and is trying to make up lost time. But we can also say that it is still a major step in the progression of women’s wrestling and serves the right purpose.

EcelebrityMirror for more News and Entertainment.